All twenty-two tracks by these Uruguayan legends, whose line-up includes members of Totem and Limonada, and features the compositional abilities of candombe legend Ruben Rada, and his alter-ego, poet/panhandler and acid casualty Eduardo Mateo. El Kinto began their brief but eventful life in music playing in the dark shadows at Orfeo Negro (Black Orpheus), a night club near the Portones de Carrasco in Montevideo, Uruguay. Inspired by the way the Tropicalistas like Os Mutantes were transforming the pop music of Brazil, El Kinto embraced their own native music forms—but, as always, they went a step further: yes, they integrated candombe and bossa nova into beat music, but they also added their own notion of “psicodelics.” They experimented with newness in all its variety—new sounds from their guitars, new types of vocal delivery, new ways of striking the drums (with little brooms, with gavels or with the hands), all very uncommon in rock music.
As one journalist noted in 1969, “El Kinto, directed by the brilliant Mateo, and amplified to the maximum… creates a frenzy of rhythmic music in which—with force and conviction—pure wave ‘beat’ is synthesized with the warmth of the African drums.” The result of the group’s tireless experiments is music which sounds fresh and engaging today. In a world dominated by the commercialization of everything—including (although it is difficult to comprehend)—the arts, all we can say is, thank god for El Kinto!

French band OPHIUCUS was formed back in 1971, consisting of brothers Alain and Bernard Labacci, Jean-Pierre Pouret and Michel Bonnecarrere. This quartet opted to have their base of operations in the small town of Flagy, where they wrote material that was deemed interesting enough to land them a deal with Barclay Records. Their debut album Ophiucus was issued the same year, but a planned English version of this album was shelved. These alternate language versions would later surface as bonus tracks on reissues.

Ophiucus issued one more album, Salade Chinoise, in 1973. There are no records of activities from them after this point, and it is assumed that they disbanded soon after. 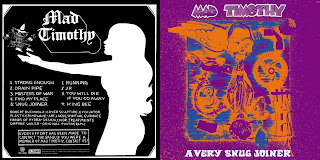 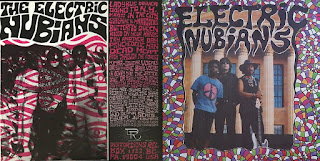 Cement is from the island of Gotland, 200 miles east of Sweden's mainland. This island has always been different from the rest of Sweden in many ways, with their own strong dialect and mythology. The local mythology about Gotland, which dates back to the year 1350, holds that Gotland remained underwater during the daylight hours and only surfaced during the night because of a mysterious spell cast upon the island. Cement was formed during the autumn of 1973 by two guitar players (Björn Jonsson and Anders Åström) and two drummers (Ulf Abrahamsson and Thomas Harlevi). They were influenced by such bands as Mountain, Grand Funk Railroad, and of course the Swedish power trio November. They recorded Utmaningen in 1977 and released it in a limited run of 100 cassette tapes. This is the first LP release of the album. Instrumentally, Utmaningen is a tour de force, every bit as excellent as any of the better-known heavy rock album from the Swedish '70s. Heavy dual guitars, powerful bass, amazing drums, with fantastic production.
Cement

Morozov may be Russia’s most prolific artist, with estimates of more than 100 albums in his discography before his passing in 2006. This reissue of his 1973 masterpiece (hailed as “Russia’s first psychedelic album”) appends a healthy selection of bonus tracks from the same period (ca. ’74-’76). The variety of musical styles is staggering, from Beatlesque pop (McCartney is rumoured to contribute drums to one track!) to experimental musique concrete to avant garde jazzy skronk to eerie, haunted house organs (most of which are present in the offbeat opener “The Day Will Come”. Morozov recorded everything himself in his homegrown studio, often with homemade mixers and other recording equipment. Like Bevis Frond, Balduin, and Rick Corcoran, Morozov squeezes as much as possible out of his primitive surroundings, often dropping every sound effect he could muster into the proceedings.
Yuri
Publicado por Woody en 12:29 No hay comentarios:

Tony Hill specializes in the kind of garage rock noodling that was an underground force in the late '60s/early '70s. His psychedelic arrangements and dark vocal lines are actually quite interesting, as he obviously has a knack for making the dark rumblings that he does. There are really only two things wrong with this album, but both of them are very apparent. First of all, the awkward use of violin and viola makes the album an uncomfortable venture, as the J. Mascis-style noise that Hill pours from his guitar directly goes against the sweet sound of the violin strings. Second, his voice simply lacks the passion and drive that this brand of music needs. He sounds tired and depressed, but not in a catchy/grungy kind of way. What this music needs is an Iggy Pop or Roky Erikson type of singer, not Hill's bland vocals. There is some surprisingly good music to be found on this album if the listener can overlook the vocals, but overlooking the vocals may be too much of a chore for most.