A very wild album from Ricardo 'Ritchie' Ray - sort of a mix of Latin soul styles in the mode of work by Mongo Santamaria, but a lot more messed up! The album's got a number of 60s soul covers -- but they're done here by Ricardo in kind of a party Latin mode, touched with a bit of garage soul vocals, in a way that makes the whole album quite upbeat and playful throughout -- filled with non-stop groovers that keep on delivering the goods!

Hailing from Manchester, The Fast Cars were very under rated and never got the breaks they so deserved, often been likend to The Undertones and many punk related bands, judge for yourself, Punk, Mod, New Wave or even Indie! Who cares? They sound f'ing awesome!, thinking back to the good old days your mind always seems to link The Fast Cars with their awesome tune "The Kids Just Wanna Dance", well pass by anything else from that period and listen to this new offering from the powerpop kings!

Formed way back in October 1977 after following their punk counterparts, The Buzzcocks, The Drones & Joy Division the quartet of Steve Murray--vocals, Stuart Murray--bass guitar, Craig Hilton--guitar & Tony Dyson on drums released their first single way back in 1979 and have rightly so, grown from strength to strength to such a level that their are more popular now than they ever were with fansites on the net all over the globe! And the highest accolade newer bands of today cite them as Influences! Up steps the remarkable undisputed king of Revival, Dizzy and his Detour Records crew to conjour up this album featuring classic tracks from the 70`s that have been lost in time and now re-recorded for our listening pleasure!

This new album (2007) from Manchester's excellent FAST CARS features not only new tracks but also five of their classic songs from the 70's that have been re-recorded and holy shit is it
overflowing with enthusiasm and energy. 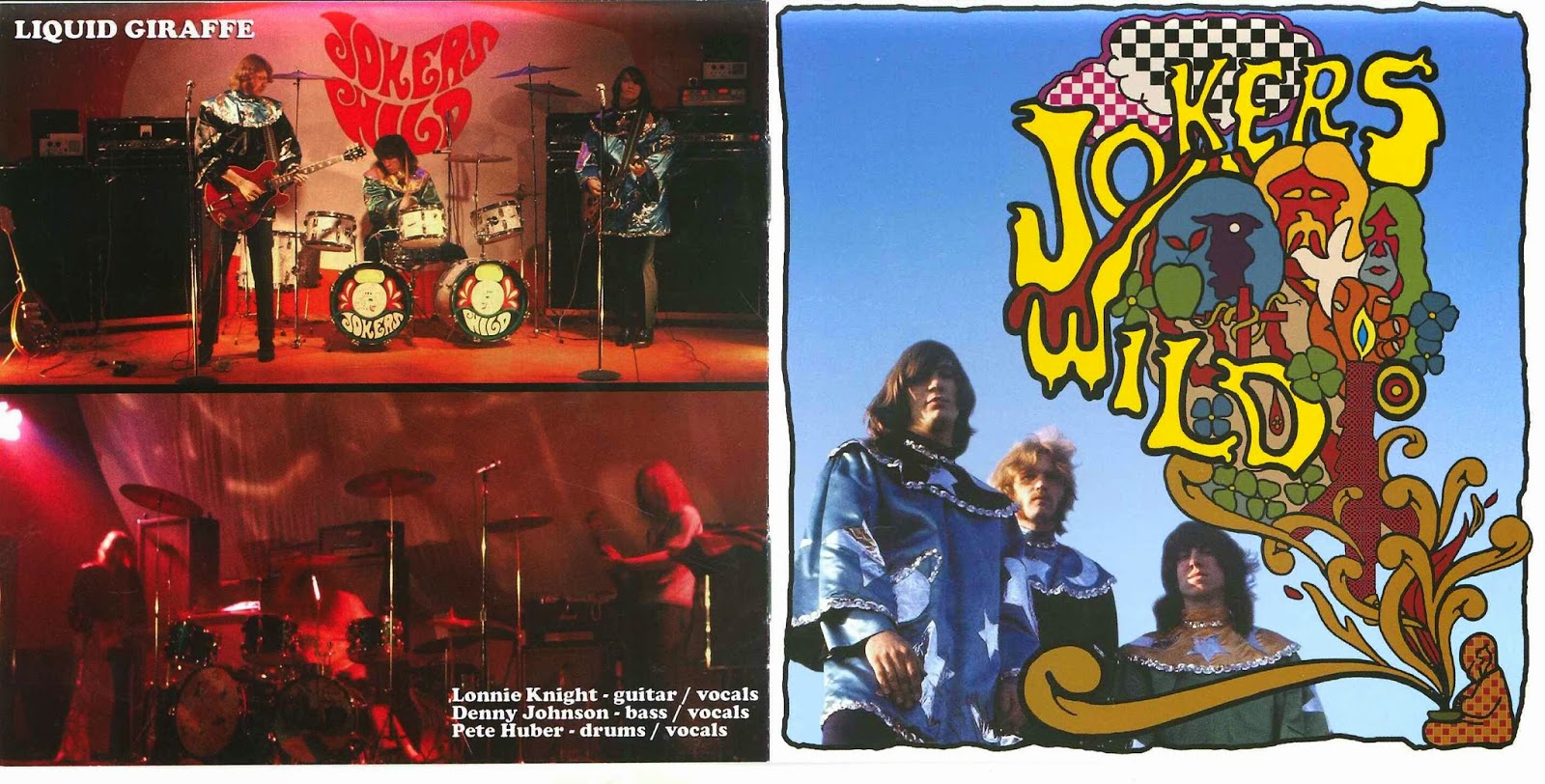 Jokers Wild recorded three singles between 1967 and 1969 in Minnesota but the complete Liquid Giraffe was never released. Starting as a five-man band, most of the material was recorded by three main members: Lonnie Knight, Denny Johnson, andPete Huber. Lonnie Knight later became the guitarist for The Litter, but only for a while. He eventually returned to Jokers Wild. What a powerful band this is. Huge amp stacks guaranteed a "wall of sound" on stage, and they had a double bass drum and cool outfits. Damin Eih, A.L.K., And Brother Clark wrote: "In '67 I saw two local bands that again amped up the juice, The Litter and Jokers Wild. Both bands played original music and had excellent psychedelic-raved guitar players, Zippy Caplan (Litter) and Lonnie Knight (Jokers Wild). That brought everything to a new level." Heavy underground rock with great composed songs, fuzz guitars, speedy drums, and tight bass lines. If you like The Litter, you should listen to Jokers Wild.

Firesides and Guitars is the sole output of mysterious folk group Logos, a trio of three siblings from Kansas that produced this instantly vanishing private pressing of their gentle, home-recorded folk tunes in 1974. Logos were one of thousands of aspiring artists pressing small editions of their songs in the early '70s. Most of these acts faded into the ether, but some benefited from being just strange enough, tuneful enough, or somehow ahead of their time to be rediscovered by future generations. Firesides and Guitars presents 12 tunes of soft, semi-hip folk sung effusively by 16-year-old songwriter Steve Epley with help from Chris and Cindy Williams. Hippie sentiments come through on the anti-war ruminations of "If I Wanted To," and post-Beatles melodies show up on strong, optimistic tunes like "Slow Down" and the breezy, CSNY-like "What We Say (Everyday)." The album, absent of drums and probably recorded in a family den on a dusty reel-to-reel machine, glows with warmth and sincerity. The sound is decidedly private press, but Firesides and Guitars ranks among other obscure acid folk gems of its era like Deep Night by the Sixth Station or Linda Perhacs' classic psych folk wonder Parallelograms.