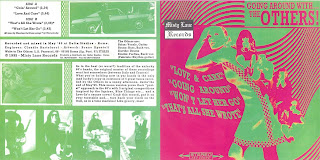 Massimo talks...The Story of The Others starts right after a couple bands I founded in'86-88 split up. The First, The SILENT SHAPES with members of Head & the Hares. The second was the THE SIDE WALKERS. When this last one disbanded, around April 1989 I soon stated The Others with some friends of mine. We had just one thing in mind, playing garage punk and surf instrumentals but pretty soon we chose the garage side. We had our first show in September 1989. Then we recorded 8 demo tapes and sent them to radio stations. We started to have requests from bigger places than the usual social centers. We worked pretty hard playing sometime 3 shows a week with a good following. Local 'Radio Rock' gave us a chance to support The Fuzztones last tour in '92 and that was a really successful night. We also had a great time in Rome with The M. Overcoat, The Cynics.. Rich Coffee..

In 1995 the illustrious neo-sixties band The Kliek broke up, after 8 years of hard work and lots of effort in order to try to get attention for the band's trademark - faithfully reproduced sixties-garagepunk classics and self-written songs in that same vein. The bandmembers went separate ways. Marcel Kruup had his 15 minutes of fame as a member of the Treblespankers, the Dutch reincarnation of the Shadows. Theo Brouwer, bassplayer in the final line-up of the Kliek plays in a couple of "hobby" bands, Big Paulus and de Sgeurvreters. For a while we didn't hear of Robert Müter, the singer of the Kliek. It was known to only a few that he had formed a new band in 1996, called Kek '66. 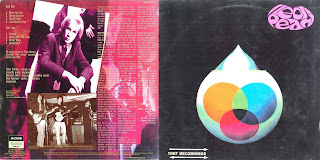 Laidback psychedelia from this hip British trio – a group that was something of a placeholder in between Peter Dunton's work in The Flies and Please – but which are plenty darn great on their own! There's some vocals on the record, but they always seem to take second seat next to the guitar bits and keyboards – possibly because no singing could ever match the subtle sonic genius of these more electric elements.